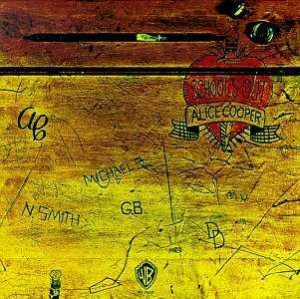 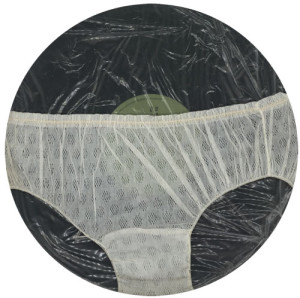 This show was rescheduled from June 23….due to rain and flooding. 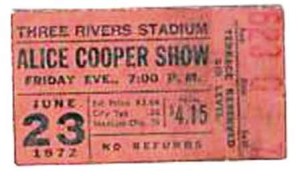 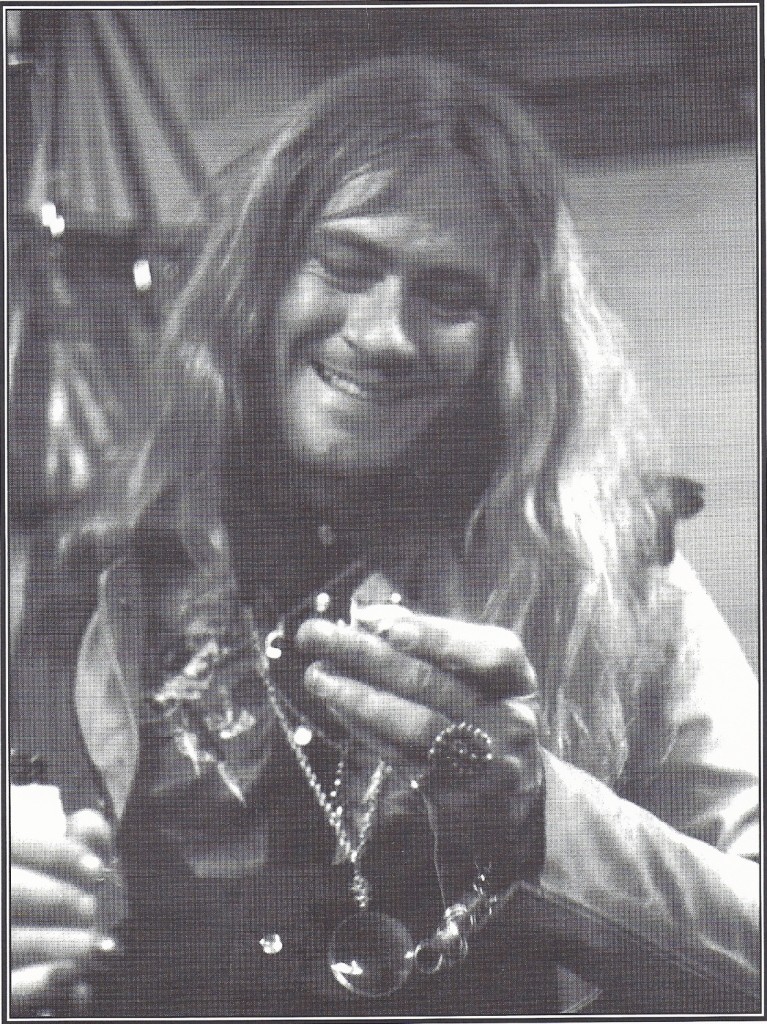 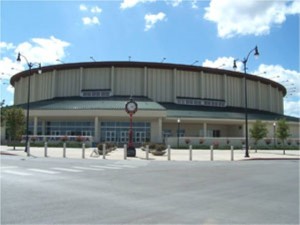 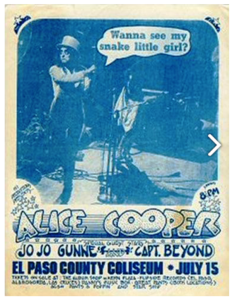 Originally a dog racing track, the Manzanita Speedway was a dirt track racing facility located in the suburban southwestern part of Phoenix, AZ, beginning in 1951. The facility had a 1/3 mile and 1/2 mile tracks. The final race was held their in 2009. 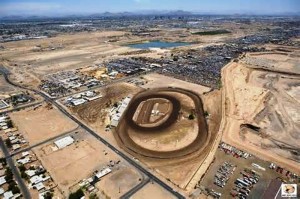 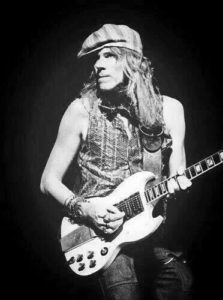 The family’s of the band members sat in the enclosed press-box. Glen’s mom and dad and Janice were protected from the big dust storm that swept though the area (a haboob). Janice thinks the storm hit before the band came on, so there was a delay. After the show (and drinking up the free booze) Janice and her parents went to an after-party at the Del Webb townhouse on Central Ave, where the band was staying. Glen was engaged to Denise at the time, so Glen decided to carve Denise and his initials into a coffee table in the townhouse. 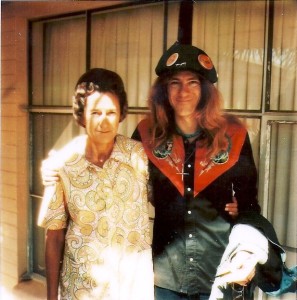 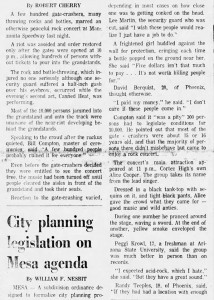 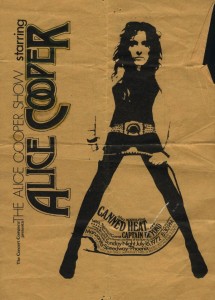 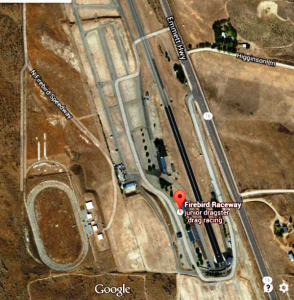 Cobo Hall and Cobo Arena, is a convention center situated along Jefferson and Washington avenues in downtown . Built in 1960, it was named for Albert E. Cobo, mayor of Detroit from 1950 to 1957. 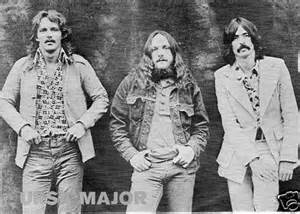 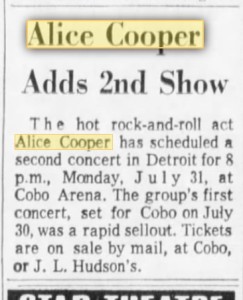 During the very late 60’s and early 70’s, the City of Detroit would put on free concerts in various locations. One of these locations was Rouge Park in western Detroit. Most of the bands were local, and fairly unknown, outside Detroit. Every so often, a “name act” would show up and do a few songs….sometimes un-announced before hand. The area in the photos below was one of the most often used spots for these free events. Just north of Joy Road off Lasher Road – which was just a dirt road. During the winter, the city would flood this area for ice skating. This POSSIBLE venue is interesting to me, because it was no more than a mile from my parent’s house where I grew up. I went to several concerts here…but I don’t recall Alice Cooper being at any of them. Since I did not go to all of them….it is a possibility that the band performed at a show.

There was no seating, you just sat on the grass in front of a ‘not so large’ stage. (Thus the phrase, “it’s a grasser”, which was a common saying in the Detroit area for any gathering  that was not indoors.) Early on, these Rouge Park shows were fun…but they soon became a gathering spot for local biker “groups” and things started to get a little hairy at some shows. 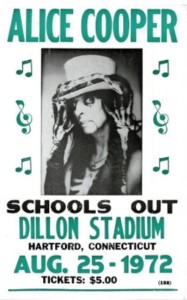 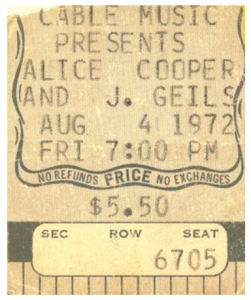 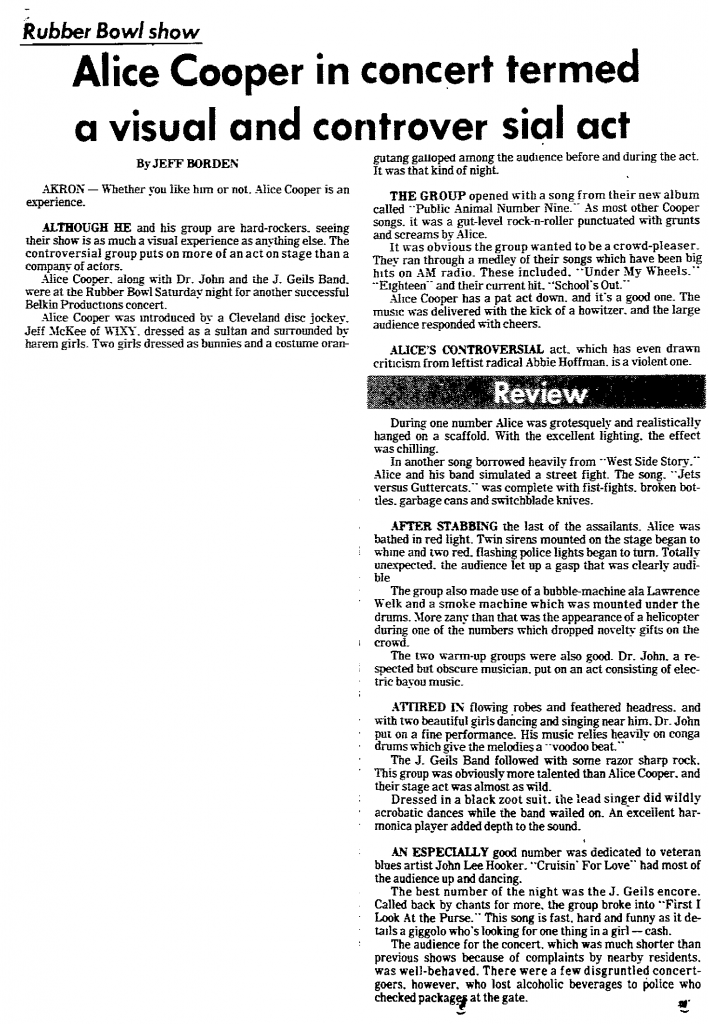 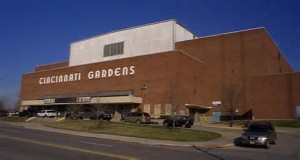 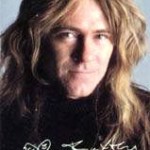 Click on the link below to watch about 5 minutes of 8mm footage, supposedly shot at the Cincinnati Gardens during this show. 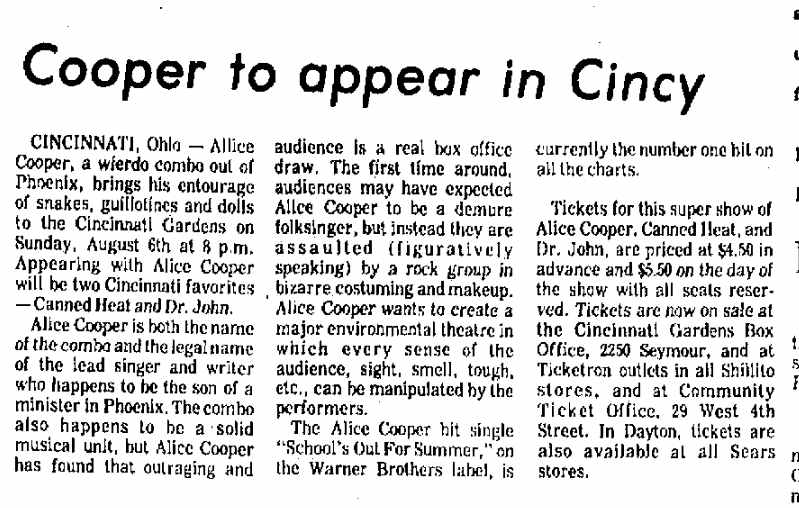 Roosevelt Stadium was a baseball park at Droyer’s Point in Jersey City, New Jersey.. It opened in April 1937 and hosted high-minor league baseball baseball. It was demolished in 1985.

The band went to the Canary Islands in late November for some relaxation. This photo was taken by Cindy Smith Dunaway.

Early Dec, 72 Glen is in London and receives medical treatment in London

Dec 72 Back in Phoenix Glen checks into the Maryvale hospital seriously ill. His pancreas is ruined from alcohol. He`s warned never to drink again.

Dec 72 Shep confronts Alice about his alcohol intake. Alice goes to Jamaica for a couple of weeks to rest.