Both of Glen’s grandparents lived in Akron, Ohio, and I am sure all four were proud of Glen (most of the time). However, Grandma Buxton (Elsie) took a special interest in Glen’s Rock and Roll career. GB visited her several times (as did some of the other band members) when they played near Akron. Grandma’s connection to her grandson’s rather bizarre rock band caught the attention of the the local newspaper and they did a story about her in the Akron Beacon Journal, in January of 1973. 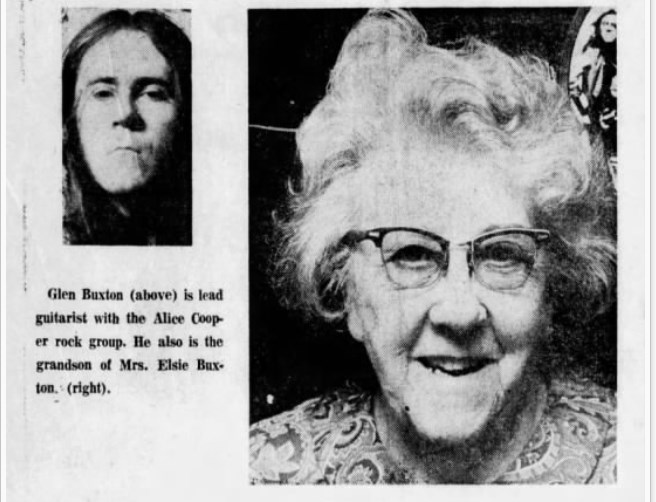 Here are a couple of photos of Grandma, one holding her new Alice Cooper (SO) album that her granddaughter, Janice, had given her. 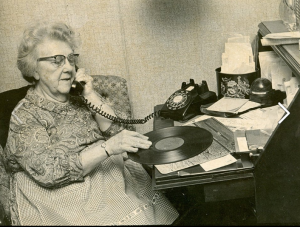