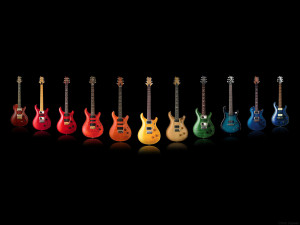 Please Note: As you will see, Glen did not stick with one type or model guitar. He also tinkered with his guitars, changing their appearance. This makes it very hard to set up a timeline of all Glen’s guitars. What I have done above is to create a short summary of the main guitars Glen used, into the best chronological order I can work out. I hope it is accurate. I want to thank a lot of Shiny Dime Facebook fans (known affectionately as the Guitar Nerds) for their help in putting this list together. I am sure this will be an on-going endeavor.

Glen getting his first guitar – A Roy Rodgers model – as a Christmas gift in 1956.

Close-up of a Roy Rogers ‘geetar’ 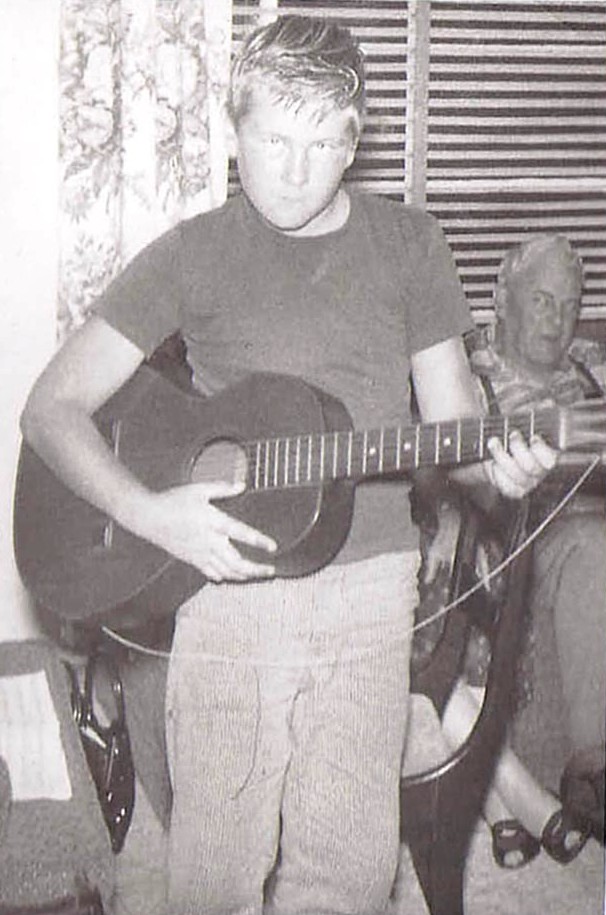 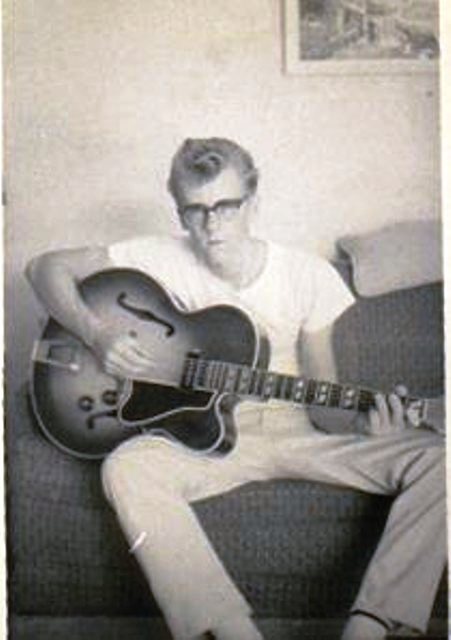 Before Glen settled on the Gretsch Tennessean. he tried a Gibson (too bulky he said) 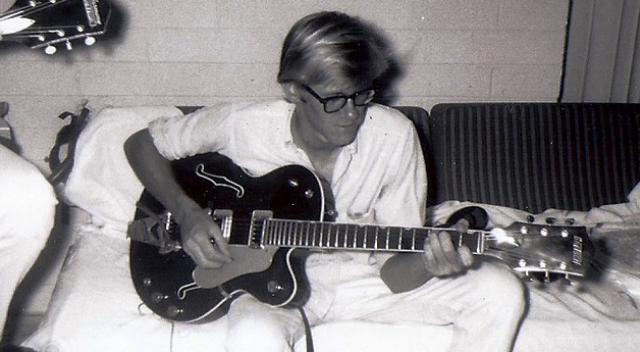 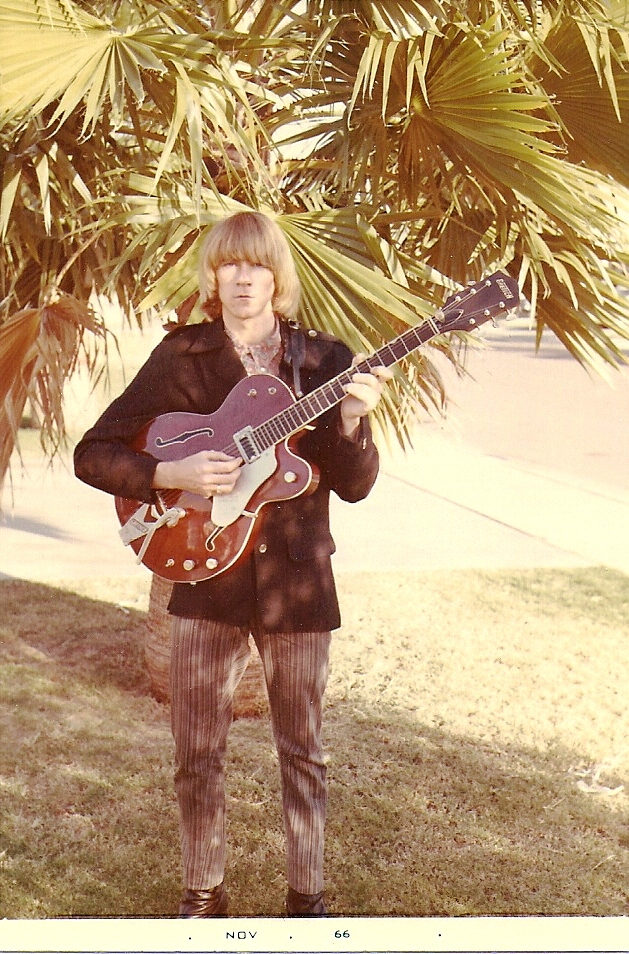 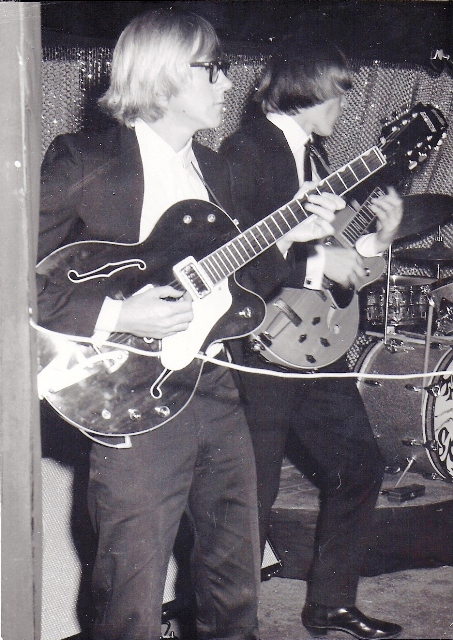 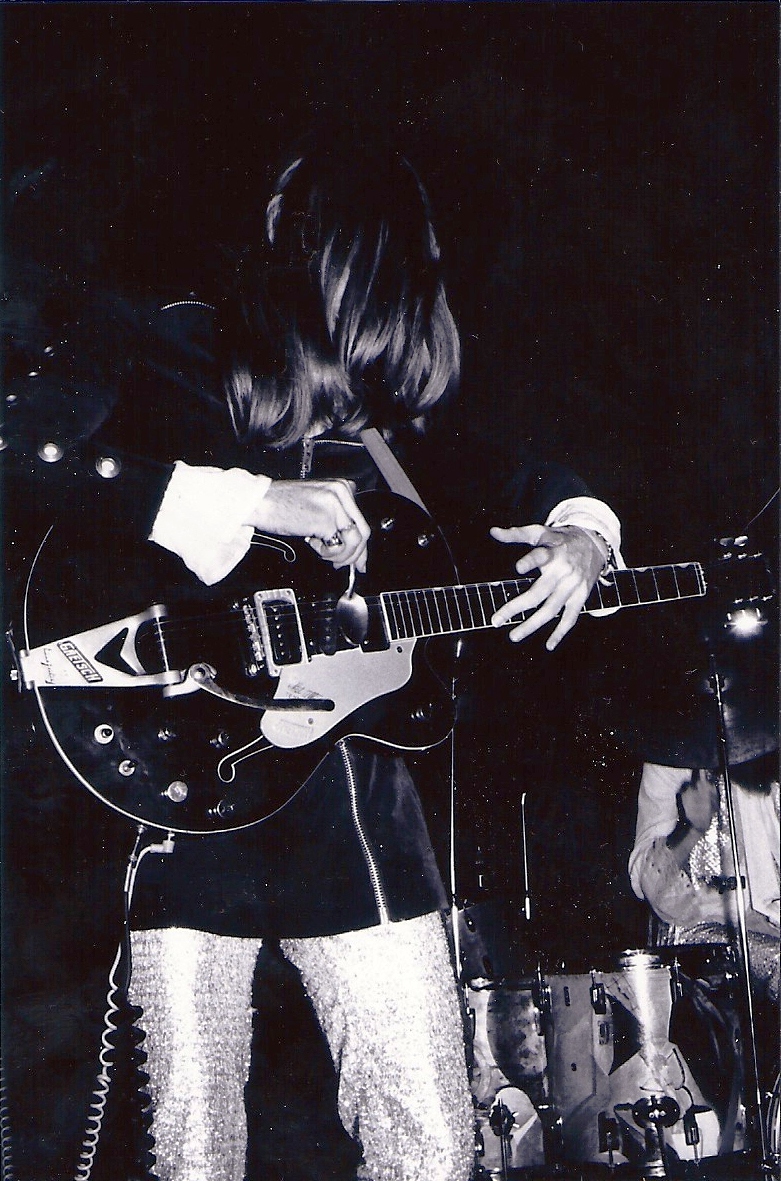 GB (Alice Cooper band) with his now modified Gretsch. Using a spoon as a slide. 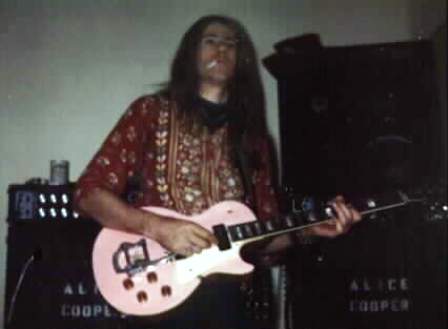 Pink Les Paul -NO….GB did not give/sell/trade this guitar to Jimi Hendrix (Photo by Skip Ladd) 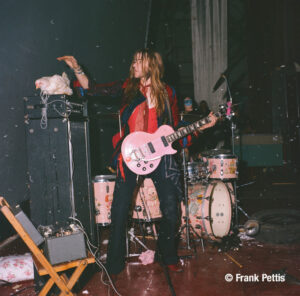 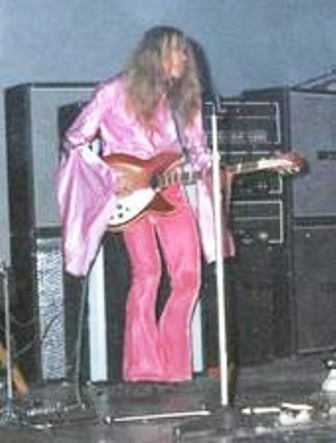 Rickenbacker 330. At the Grande Riviera in Detroit 1969

“Glen’s main guitar was a white SG [Custom] with three humbuckers and a Bigsby B-5 tremolo,” said (Neal) Smith 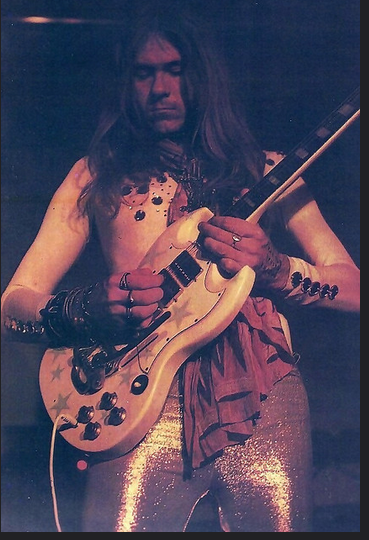 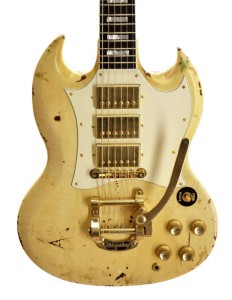 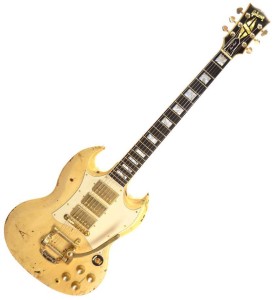 These two photos show the restored body of Glen’s Gibson SG Deluxe, done by Neal Smith (with help) in 2017. The original neck survived but was broken off and could not be re-attached. Some of the hardware is original.

According to Neal, it plays well. (Dennis still has the original neck)

The original neck of the SG. In DD’s possession currently 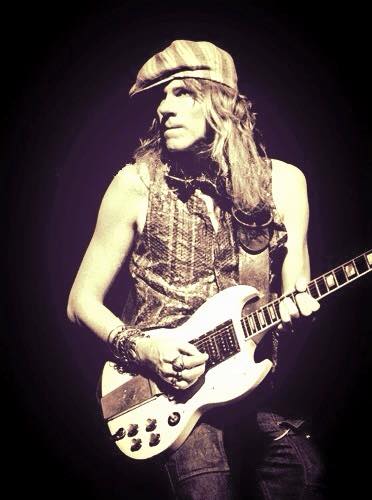 Les Paul Custom (early 60’s model) Above and below 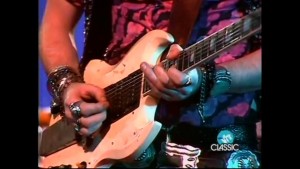 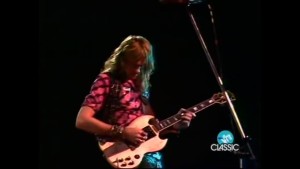 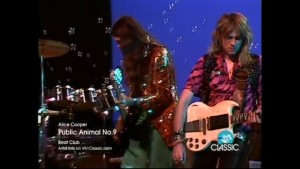 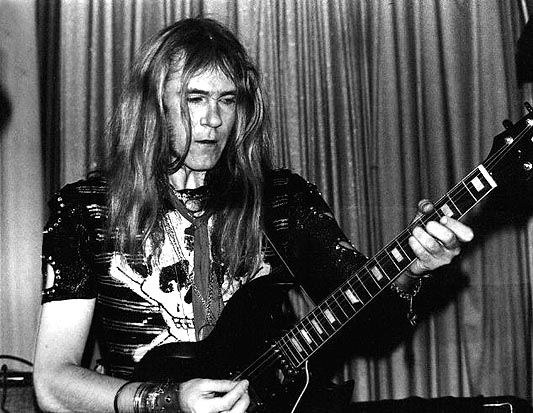 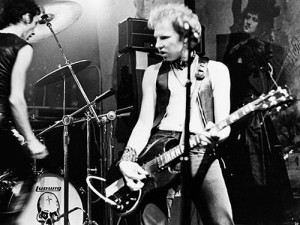 Cheetah Chrome using GB’s brown SG that he bought from him in the late 70s. 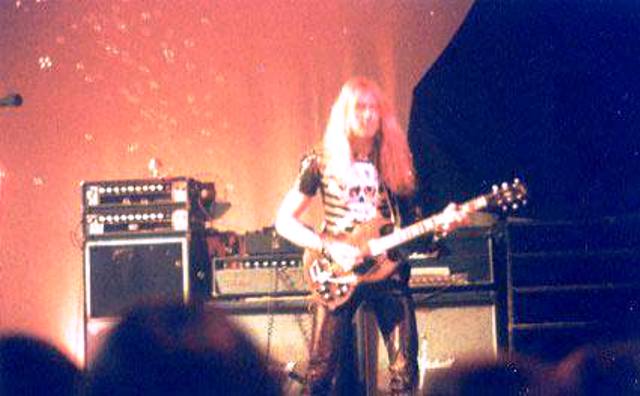 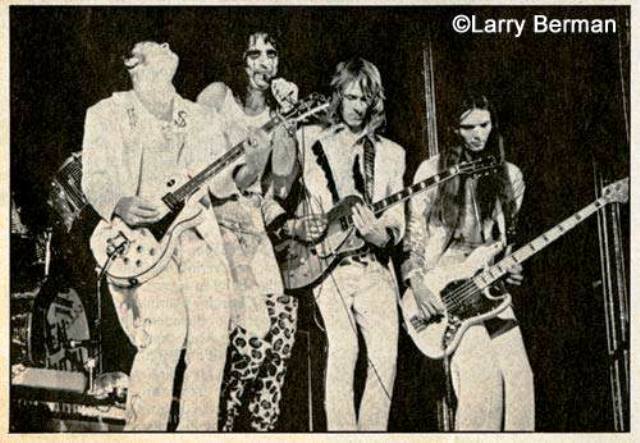 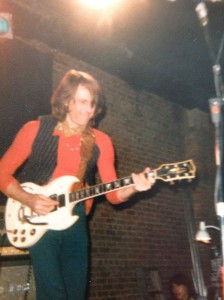 1979 – Guest appearance with the Flying Tigers. Again with a white SG Custom? 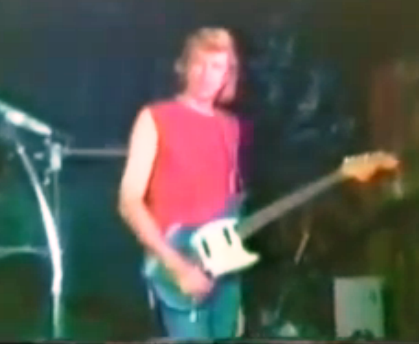 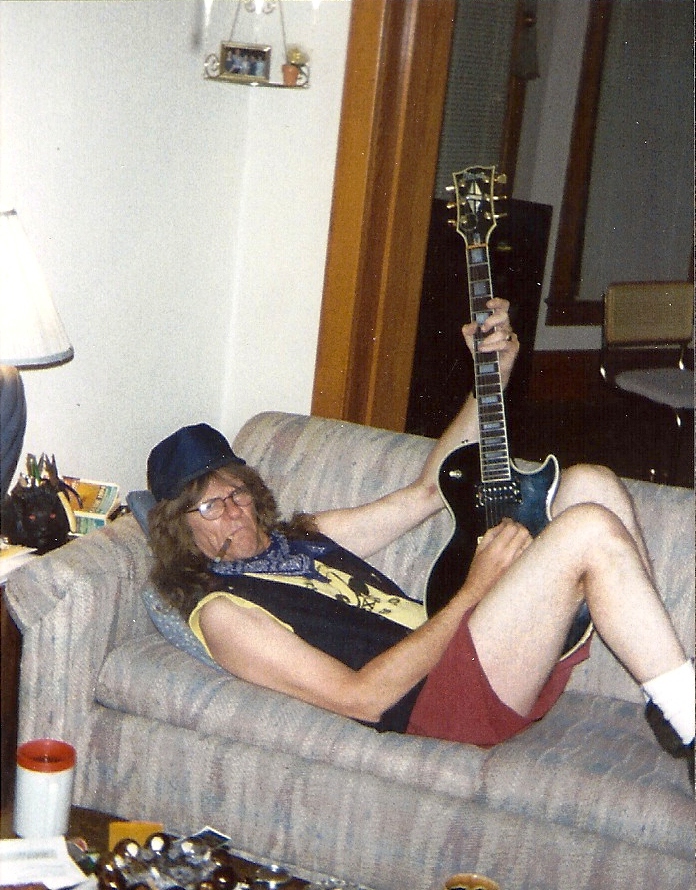 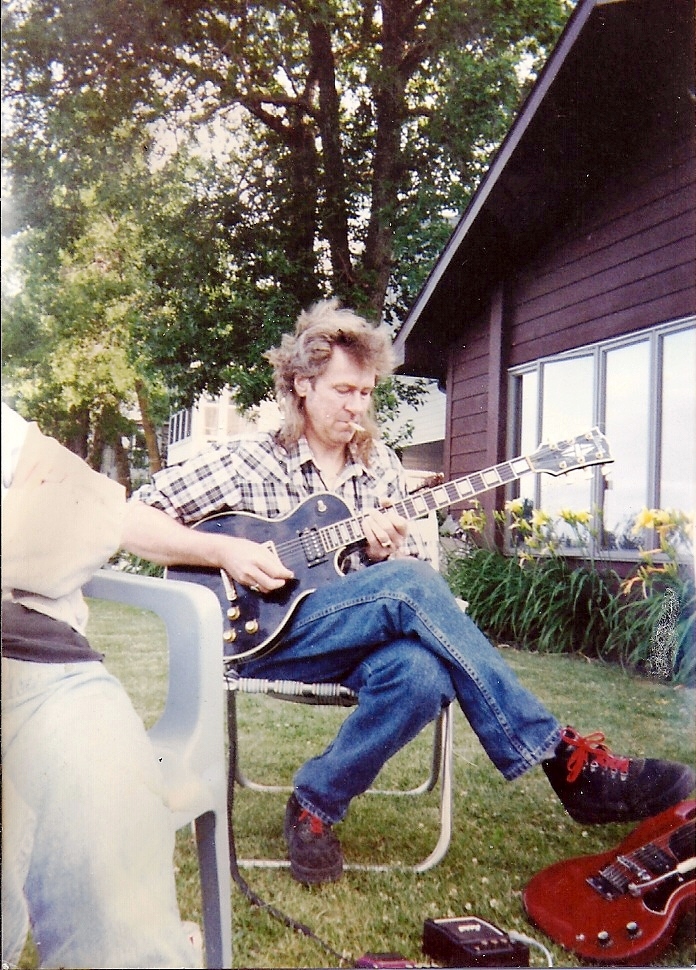 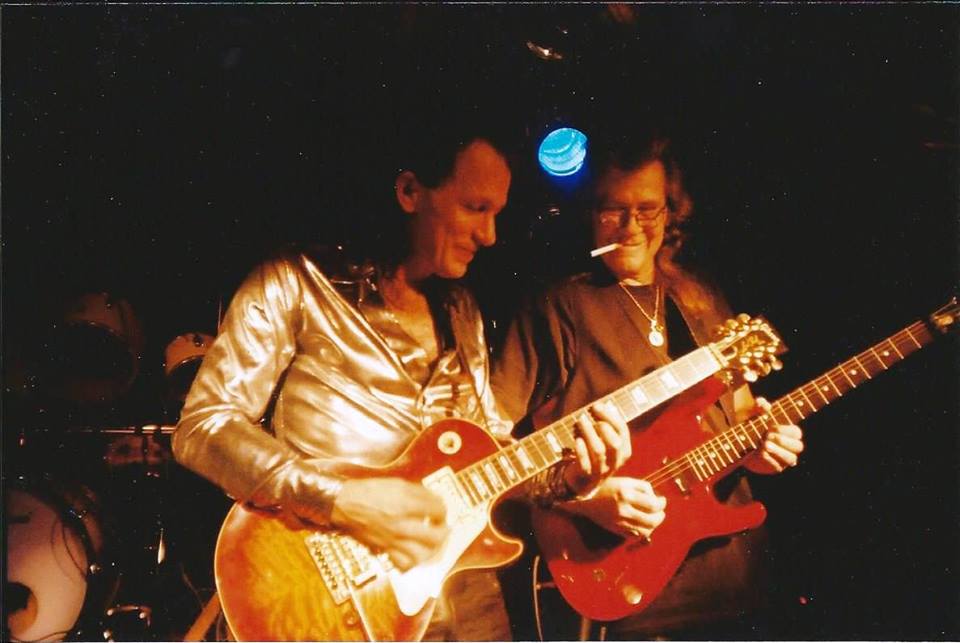 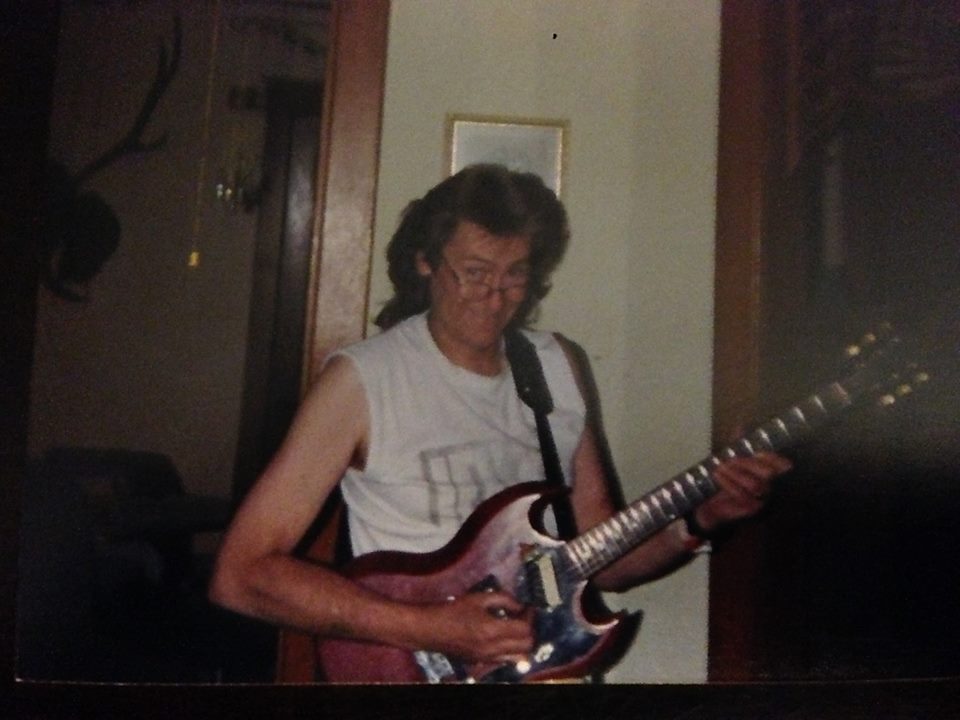 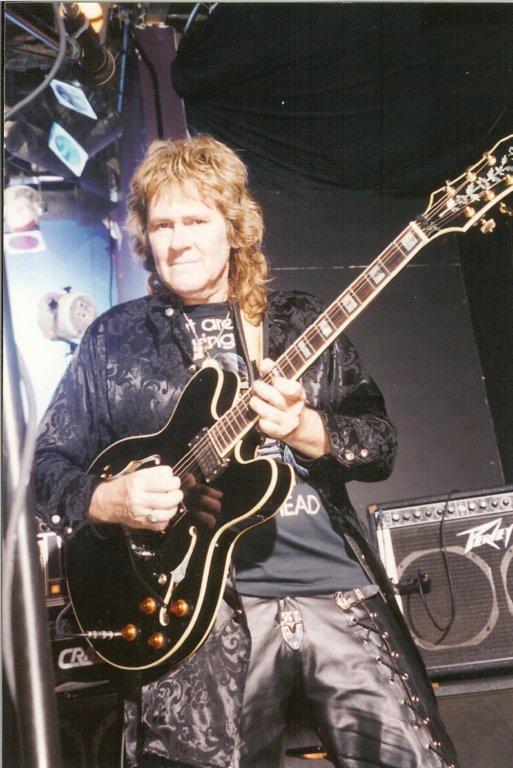 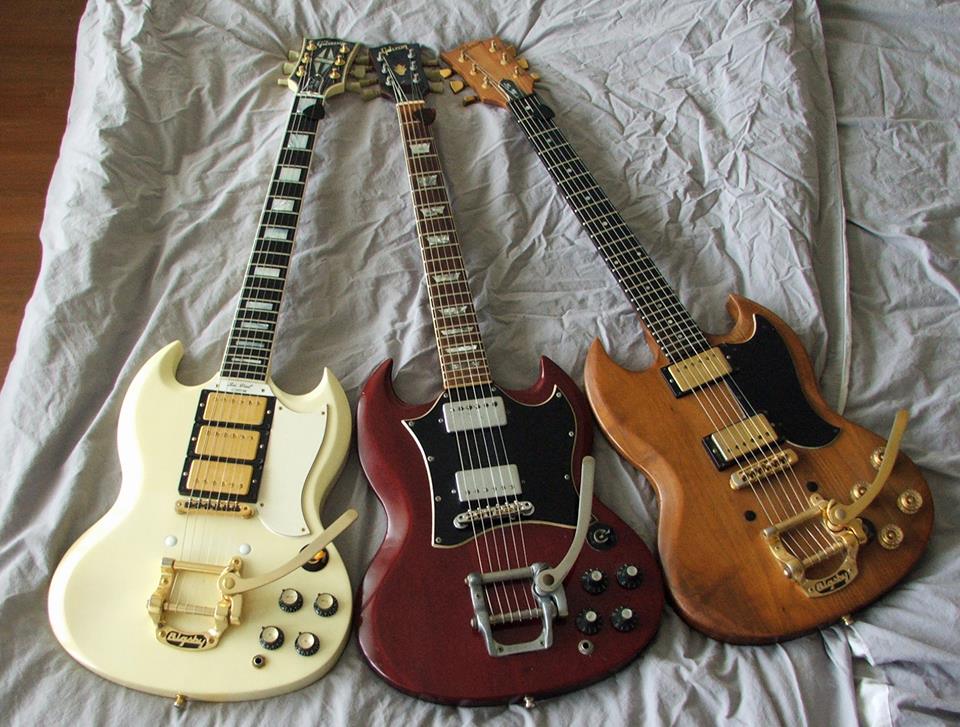 Piet Korf’s collection of SG based on those played by GB and MB. 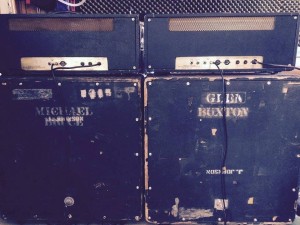