September 1965. “We had auditioned for Jack Curtis (Phoenix promoter) and we thought he didn’t like us after many weeks went by, but later I went back to the teen club (the VIP) and spoke to him and he said he was looking everywhere for us, and that he wanted to hire us. He was the person that changed the name to “The Spiders”, and he set up the first concerts. We even played the first concert at the opening of the Coliseum in Phoenix. I was actually sharing the same guitar amp with Glen Buxton and Jack bought me my first guitar amp and my first car, a 56 Chevy.”
(John Tatum, January 2008) 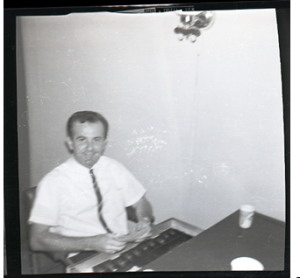 Jack Curtis,(above and below) a local radio personality and songwriter, started the VIP. He had run a couple of other teen-oriented clubs previously, including the ‘Stage 7’ 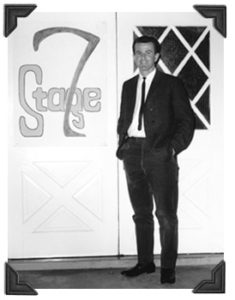 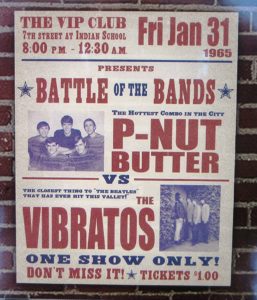 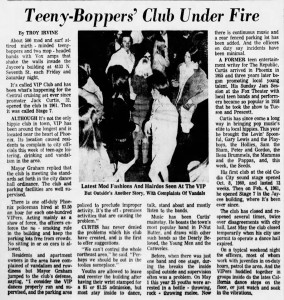 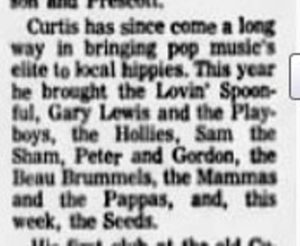 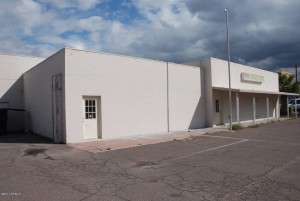 The VIP building as it appeared in the 1990s and into the 21st century. It was the site of a marine repair business for some time and the inside was drastically changed. 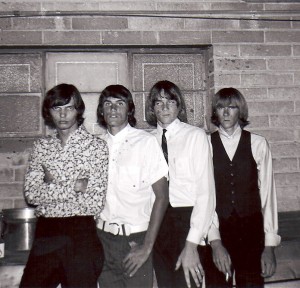 BEHIND THE VIP…GOOD PLACE FOR A BAND BREAK AND A SMOKE. Vince with camera or went to get some burgers? 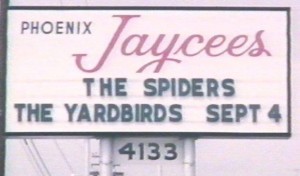 The VIP was actually a building owned by the Phoenix Jaycees. (Junior Chamber of Commerce) On weekend nights it would emerge as the VIP (Lounge?) 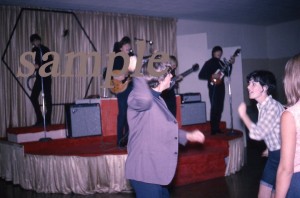 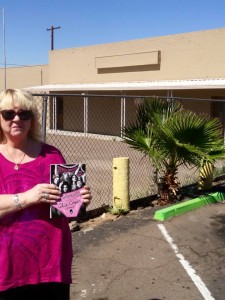 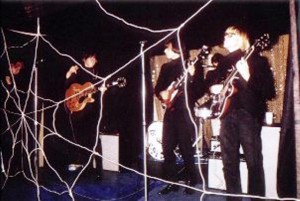 In the Spider Sanctum 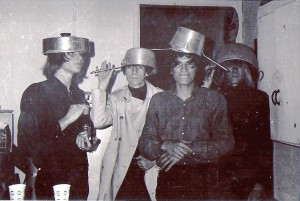 Sadly, the building that housed the VIP, was demolished in January of 2016…to make way for a large Self Storage Facility to be built on 7th Street, north of Indian School Road. 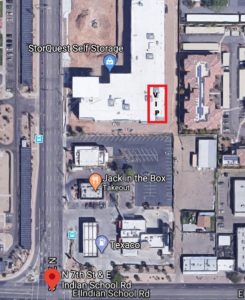 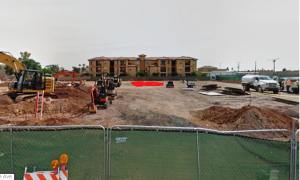 Former site of VIP…summer of 2016. (Location was around red mark.) Building in background are apartments that were built some time ago. They are not seen easily until VIP was demolished. Their view will be again blocked by Self Storage facility.