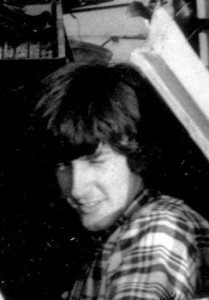 Below is a letter sent to Dennis Dunaway by Mike Allen, concerning Dennis’ book “Snakes, Guillotines, and Electric Chairs”. I include it here because it had a nice paragraph about Glen in it. Thank you Mike. *

Dennis,
I brought your book to Lake Tahoe to read it. We are here for a couple of weeks, so I found a shade tree with a chair and a cool breeze and started reading. I decided to read a couple of chapters a day to make it last for my time up here. I read it in two days. I would have read it in one but it was getting dark. It was like having amnesia and waking up to find the holes in my memory had returned.
I remember the Playboy after hours TV show – Joe Cocker was the guest. They served Swedish meatballs with colored toothpicks. Hef said hello to me. The Mike Douglas Show – George Jessel was the guest. He told us “Any publicity is good publicity, unless it’s rape.” The Dating Game – I remember that, but I had forgotten that Cindy had made the clothes I wore – a black Spider coat with gold buttons and epaulettes and blue velveteen button-flap-front bellbottom pants. She said I have the same size shoulders as Mike Bruce. I hope I was some sort of gentleman back then but I don’t remember if I ever thanked her. Thank her for me now if I hadn’t. Also she made me a Navajo wedding shirt, black with ribbons sewn into it. I could go on like this for hours.
I got to the chapter about Glen. To say I got emotional is an understatement. After I left the group, we would get letters from Glen. He would tell me how things were going, and the people hired to replace me were lousy, and Neal would have to re-set up the drums. I’m sure he was just being nice. He came to our wedding and reception. He gave us a knife, which we still have. He stayed and we talked awhile. He said his goodbyes and took a bottle of champagne with him.
Thank you for writing and signing the book and mentioning my name so many times. I was starting to think the book was about me. I’m sure it will be a success with many reissues. It reopened my mind. I think a sequel might be in order.
Thanks again
Mike aka AMPBOY

* The Spiders met Mike Allen after high school. Mike had a van which could haul around the bands equipment – thus earning him the nickname “Ampboy”. He stayed with the band for a number of years as a roadie. Mike got to appear on the TV show ‘The Dating Game’ and won a trip to – ta da – Tucson, AZ!.

Photo of Dennis Dunaway, Tootie Mueller, and Mike Allen. Photo may have been taken by Cindy Dunaway in Phoenix in 2006 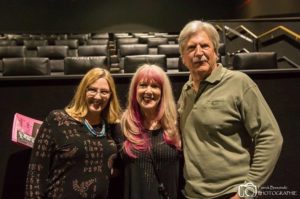