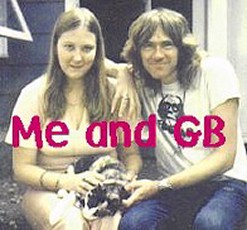 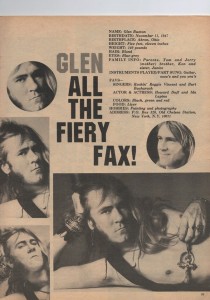 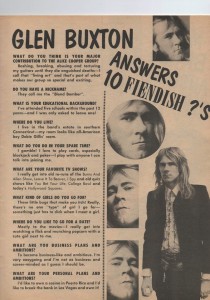 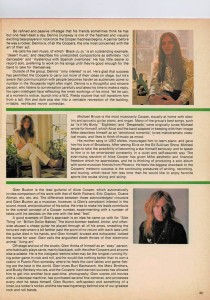 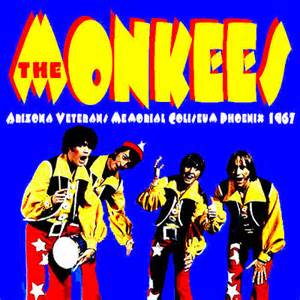 January 21, 1967. The still rather western-themed town of Phoenix, Arizona has been over-run by the pre-fab four known as The Monkees. The musical TV stars had come to town a day early to create some film that would show what it is like to put on a concert; film they would use on one of their TV episodes later that year. Lots of local scenes were shot including Mike Nesmith’s trip to Christown Mall (were the Earwigs had performed a couple of years earlier) in order to buy – what else – a rifle.
On Saturday, the day of the show, our local heroines, Miss Janice and her trusty sidekick Cheryl, got ready to make their way to the Veteran’s Memorial Coliseum to see this merry band of young musicians work – and see if they could really play their instruments as they claimed. Now, our gals were only 13 at the time (Janice a month short of 14), so, while they had procured tickets, they needed assistance in getting to the venue which was seven or eight miles from the Buxton home. Assistance would be provided by Janice’s older brother, Glen, who would drive the girls to the Coliseum (at 19th Ave and Encanto), drop them off and then proceed to the VIP Club (7th St and Indian School Road) where his band, the locally popular ‘Spiders’, had a gig.
Now – Glen decided to use the family’s brand new ’67 Chevy to drive the two girls to their Monkee’s concert. So, setting the scene, we now have Glen, sporting his blond mop-top hairdo and driving a brand new car, pulling up in front of the venue where the popular Monkees will play and fans awaiting their appearance. You may recall that the Monkees  happened to have a bass player by the name of Peter Tork, who had a head of blond hair similar to Glen’s. As Janice and Cheryl exit the car, a group of nearby young girls “discovered” that one of their musical idols, of the TV screen, was sitting in a shiny new car just a few feet away. Of course, screams of “Peter, Peter” ring out. Naturally, our unabashed hero Glen, simply drives away, no doubt laughing hysterically, as the girls chase after the car. Janice was left standing there muttering, “It isn’t Peter – it’s just my brother, Glen!” 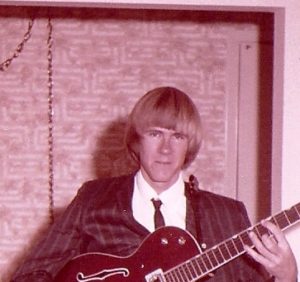 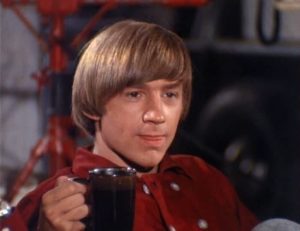 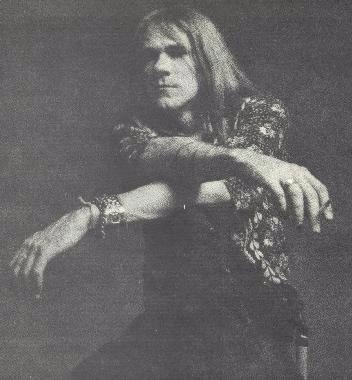