[Click on “The Original Glen Buxton” above to get started] 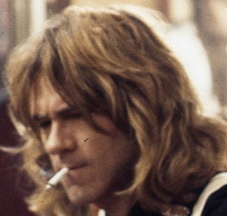 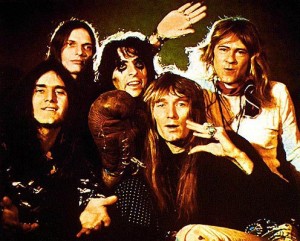 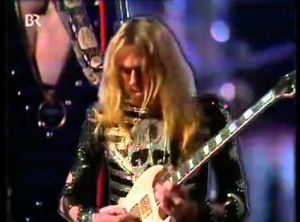 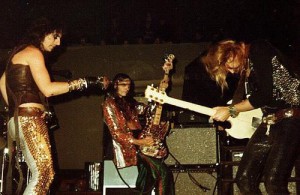 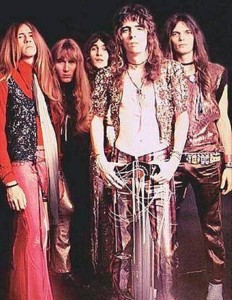 Glen Edward Buxton (November 10, 1947 – October 19, 1997) was an American musician, and guitarist for the original Alice Cooper band. In 2003, Rolling Stone ranked Buxton number 90 on its list of the 100 greatest guitarists of all time.In 2011, he was posthumously inducted into the Rock and Roll Hall of Fame as a member of the Alice Cooper band.

Born in Akron, Ohio, Buxton moved to Phoenix, AZ in 1961 and in 1964, while attending Cortez High School, made his debut in a rock band called The Earwigs. It was composed of fellow high school students Dennis Dunaway and Vincent Furnier. They were popular, and changed their name to The Spiders in 1965 and later to The Nazz in 1967. In 1968, to avoid legal entanglements with the Todd Rundgren-led Nazz, Buxton’s band changed their name to Alice Cooper.

Buxton was the co-writer of hit songs like “School’s Out“, “I’m Eighteen“, “Elected,” and “10 Minutes Before the Worm.” He is credited as lead guitarist on seven albums by Alice Cooper, including the chart-topping Billion Dollar Babies.  Throughout the late 1970s and 1980s, Buxton maintained a low profile, playing only occasional club gigs with bands like Shrapnel and Virgin.

In the 1990s, Buxton lived in Clarion, Iowa performing with local artists. A few weeks before his 50th birthday, he died of complications from pneumonia at a hospital in nearby Mason City. He had recently spent time with old Alice Cooper bandmates Michael Bruce and Neal Smith 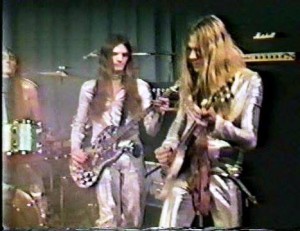 This is an informational website…no profit is being made and nothing is for sale. The purpose is to give a history of events in the life of Glen Buxton – along with pictures of him and his bands and some information that may have past his way. Of course a lot of Glen’s history occurred with his family and his fellow Earwig/Spider/Nazz/Alice Cooper bandmates….so some of the following relates to them as well. This isn’t a biography….visual or otherwise.

My staff of legal advisors! 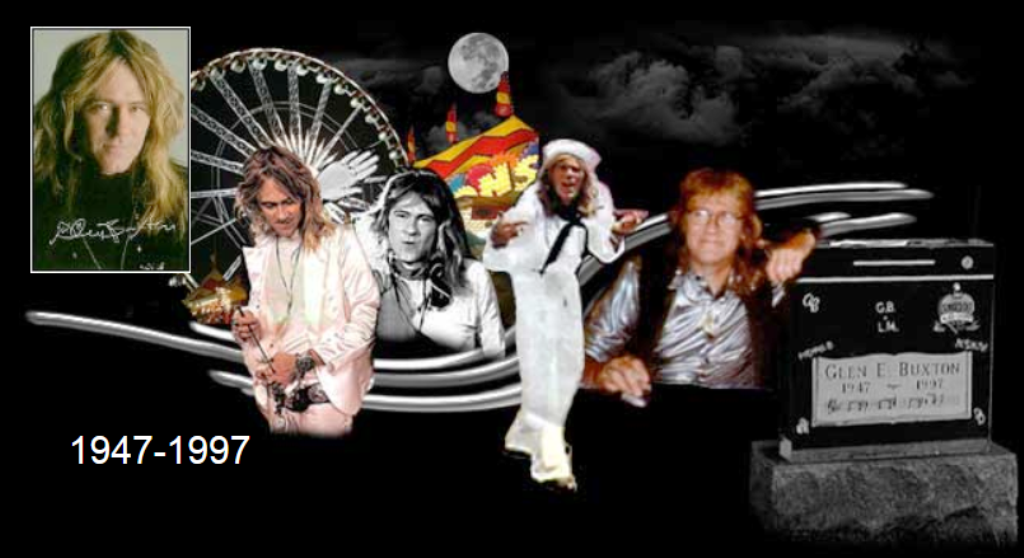 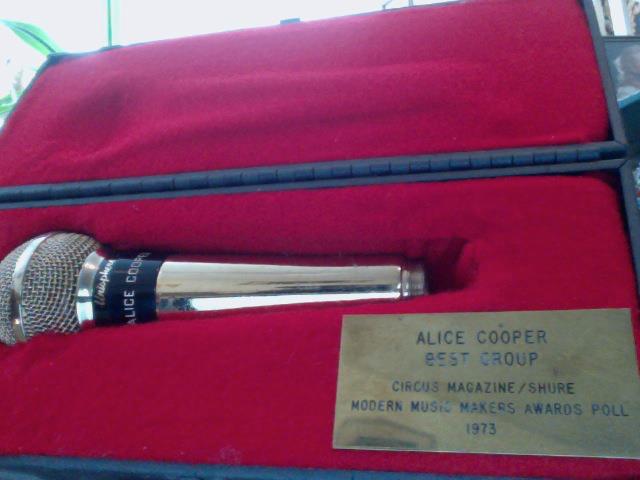 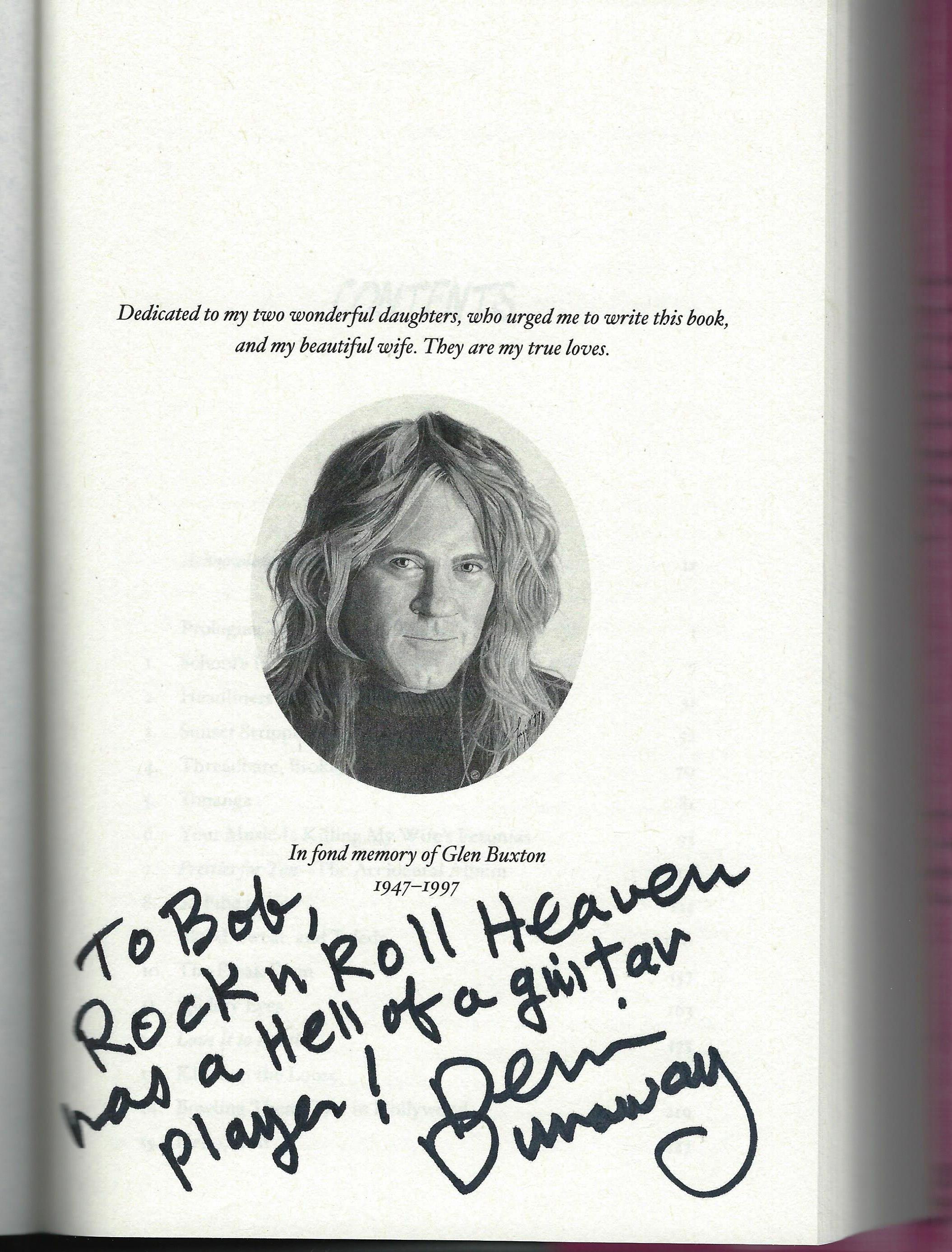 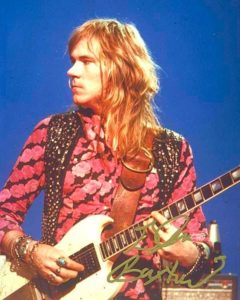